Read more about How To Catch Fish With Worms FB

“As an Amazon Associate I earn from qualifying purchases.”

How to Properly Use Worms to Catch Fish

There is a lot of information to take into account when you’re ready to start figuring out how to catch fish with worms. The art of hooking a fish with a worm may seem deceptively simple. There are several differing ideologies when it comes to how best to thread your worm onto your hook.

Also, many different worms can be used to catch many different types of fish. There is always a worm that is preferable in certain conditions and when targeting certain fish. We will take a look at several methods of hooking your worm in this article, as well as explore which worms are best for which conditions and which fish. You will learn several important points on how to catch fish with worms. 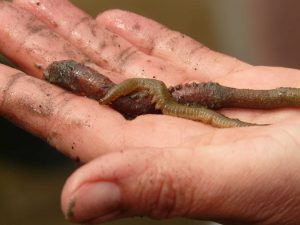 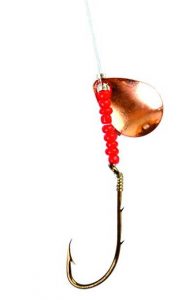 Know What Fish You Can Catch With Worms

It’s just a matter of fact that there are some fish you can’t catch very easily with worms. No fishermen will be surprised by this. Fish such as members of the pike family, pickerel, larger bass, carp, and muskies generally seem to be harder to catch with worms than most others.

However, there seems to be a larger number of fish that are easily caught with worms than those that aren’t. Smaller bass, trout, rock bass, perch, walleye, catfish, and bluegills are all especially easy to catch with worms. In fact, worms are generally the preferred bait for most of these types of fish. Be sure to aim for the right kind of fish when figuring out how to catch fish with worms. 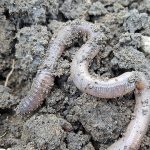 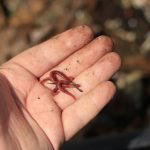 Obviously, if you want to catch a larger fish, you are going to need to use a larger worm. Large fish just don’t pay much mind to anything they don’t deem to be worth their time. Nightcrawlers are a great option for catching large fish, as they are naturally very large worms.

How to Thread Your Worm

It is best to keep in mind that you want to keep your worm looking as lively, natural, and attractive as possible when threading it onto your hook. It can be common for fishermen to just bunch their worm up at the end of their hook and call it a day, but carefully zig-zagging your worm onto the hook and leaving a little bit of tail off the hook to sway naturally in the water can make a huge difference in how attractive the worm appears to the fish. 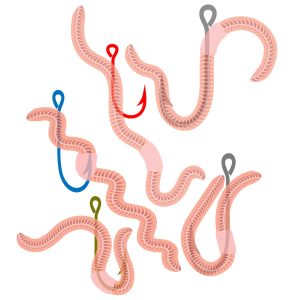 There is even something called a “gang hook”, which is two separate hooks bound together. You can use a gang hook to hook the same worm onto two different hooks, allowing for an increased natural sway in the water as the two hooks gently dance around each other. Showmanship and presentation are both a huge part of how to catch fish with worms. 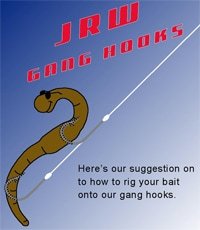 It is often advised for fishermen to make sure the entire hook is covered by the worm. This is meant to ensure that no shiny little bits of the hook stand out to the fish and make the fish suspicious of this magical meal that has suddenly appeared before it.

One way to do this is to carefully thread a single worm over the hook so that the hook runs through the worm like a foot through a sock and is not exposed. Another way to prevent the hook from showing is to place multiple worms on the same hook until the hook has disappeared within the mass of worms. 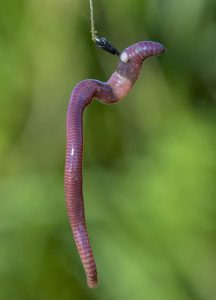 Set of Hooks We Recommend 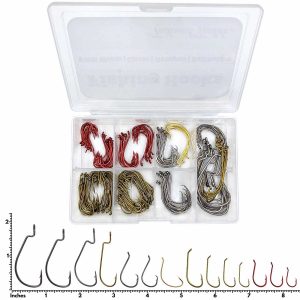 Different Rigs That Can Be Used

A simple bobber and hook is perhaps the most traditional and popular method for using worms as bait. A bobber allows you to customize the depth the worm is set at in the water. Bobbers also, of course, make it incredibly obvious when a fish is biting. This can allow you to relax and not be too focused on your line. Bobbers also allow for a much freer and natural range of motion for your worm than using a weighted rig. 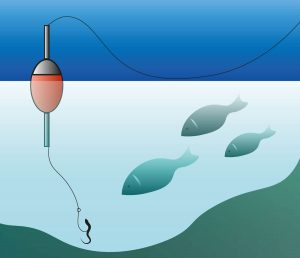 Weighted hooks should be used if your are aiming for fish that like to prowl near the depths, such as catfish or walleyes. They can also come in handy during the times of the year when the water is a little deeper than normal. 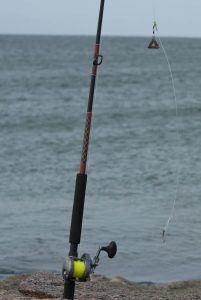 The point of the weight and sinker is to make sure that the worm stays deep near the bottom of the water. You can either let a weighted hook and sinker sit and wait for its prey or slowly drag it along the bottom to lure fish in. The former method is often preferred for bass while the latter method is known to work better on panfish.

Worm blowers and inflating your worm

What is a worm blower?

Worm blowers or worm inflators are devices that are used to inflate or “blow up” a worm. They are generally just little handheld plastic containers that are totally empty and filled with air. They are usually shaped like a tube and have a small nozzle at the end with a little sharp pin sticking out the front. You simply just need to stick the small needle of the nozzle into the tail or the collar of the worm that you are wishing to inflate and squeeze the device so that the air inside shoots out of the nozzle into the worm. 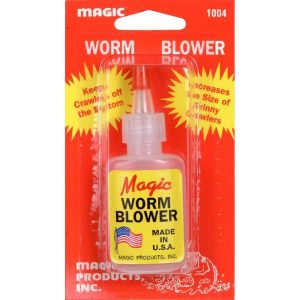 Click here to buy the Magic Worm Blower on Amazon

What does it do?

Worm blowers blow air into worms and inflate them. Inflating your worm will help increase the size and attractiveness of the worm and make the worm float up from the bottom of the water so that it catches the eye of a larger amount of fish. They are great and simple devices that any fisherman should have in their tackle box. They are incredibly simple to use and require no electricity and no peripherals. The benefit they have when fishing makes them an obvious tool for any and all fisherman. 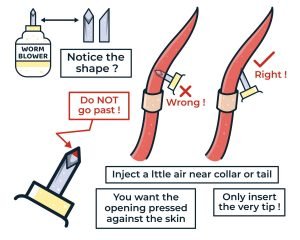 How does inflating your worm help catch fish?

When fishing worms on bottom with a sinker they have a tendency to drop to the bottom of the water when you don’t want them to and stagnate there. Worms can sink to the bottom and get covered by dirt at the bottom of the water that prevents them from being seen by fish. Inflating your worm with a worm inflator will help keep your worm floating through the water and keep it from getting stuck at the bottom where it won’t be seen. Inflating your worm also helps to give the worm a more healthy and natural appearance so that it is more appealing to the fish you’re looking to catch.

Click here to buy the Magic Worm Blower on Amazon 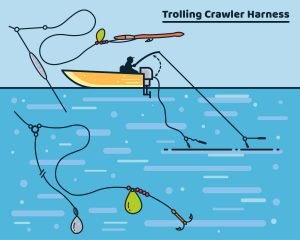 There is a rig you can use called a “trolling crawler harness” which is, of course, suited for trolling. This rig will slowly drag your worm along the depths of the water looking for large gamefish. You will need to make sure this rig is properly weighted if you intend to use it. This rig can be very light and has a tendency to get a little flighty as it goes along through the water.

Can it be done?

Many people do not realize that ice-fishing with worms is not only a viable option, but a potentially lucrative one. Let’s look at how to catch fish with worms when ice-fishing. 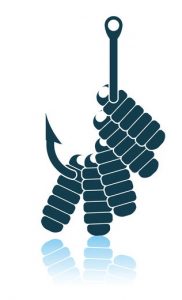 The two best and most widely available worm options for ice-fishing are butterworms and waxworms. Butterworms are the preferred choice when fishing for panfish and trout. Waxworms are more suited for eyeing crappies, sunfish, and bluegills. 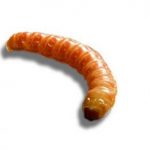 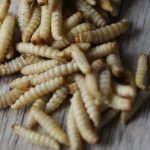 You will need to take special care to keep your butterworms and waxworms alive. Your best option for this is to keep them dry by putting some sawdust into the container with them. Also be sure to keep them warm by storing them inside your jacket when not in use. 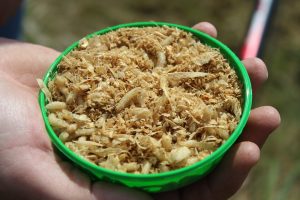 Always be sure to remember that while you’ll want to keep the jig up energetically on your pole so as to entice the best fish, butterworms and waxworms have a tendency to slide off the hook after long exposure to the water. You will need to change and tend to your bait often so as to ensure that you’ve still got the right amount of bait on your hook.

Keep Your Worms in Good Shape

Keep them nice and cool

Live worms are more preferable than dead worms because they move about and spasm naturally. You can still use a dead worm for an hour or so after it’s drowned, though, as it will retain some of the freshness of odor and taste despite not having any natural motion. Worms that have been dead for a while are a no-go. Not only will these worms exhibit a foul oder that puts off fish, but they will be nearly impossible to thread onto your hook without them turning to dust in your hands.

Worms straight from the garden 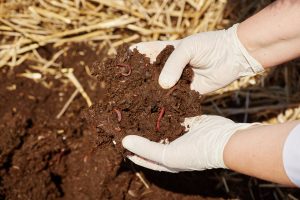 It has been said that the healthiest and liveliest worms you can find are the ones that come right out of your yard or garden. You can still catch fish with store bought worms, but wild worms are always going to be the best option available. They’re also the cheapest. Wild worms taste and smell the best to fish as they have the most natural and healthy diet. Wild worms also are much livelier and more active than their store-bought counterparts, which can make all the difference when attracting that perfect, elusive fish.

So now that you’ve learned how to catch fish with worms like a pro, go out and start fishing! There’s nothing like getting your hands into a big bucket of worms to make you feel like a real fishermen.

Different Types of Fishing Rods and Their Uses

How To Choose The Right Fishing Reel

“I would like to add that I would use a #6 egg Hook through the collar of a crawler and drift it into a log jamb and catch some nice browns and brookies [trout].” – Dave ( Crawdad ) Cory

Best Ice Fishing Spring Bobber and How to Use Them

Different Types Of Trout And Each Species Habitat

This site uses Akismet to reduce spam. Learn how your comment data is processed. 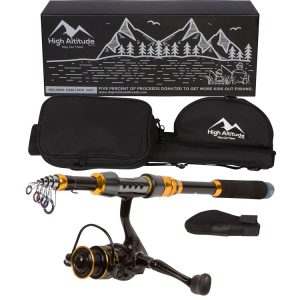 Different Types of Fishing Rods and Their Uses How to Catch Fish with Worms 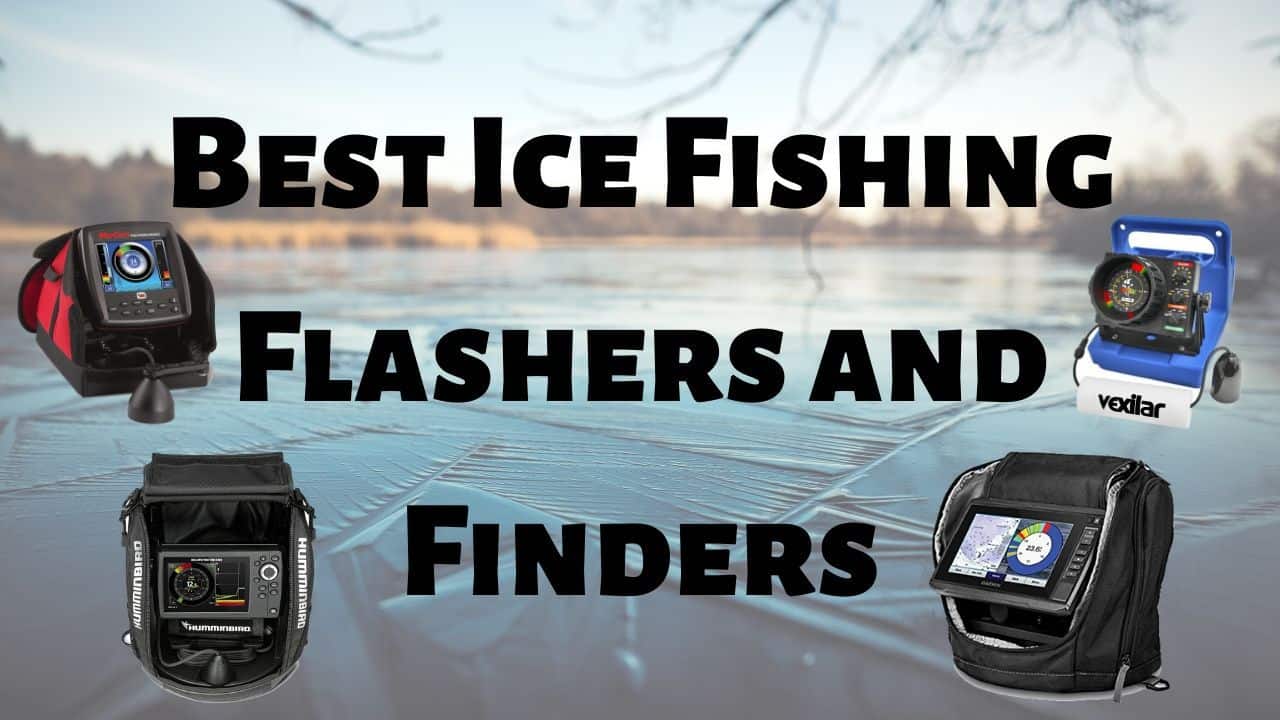